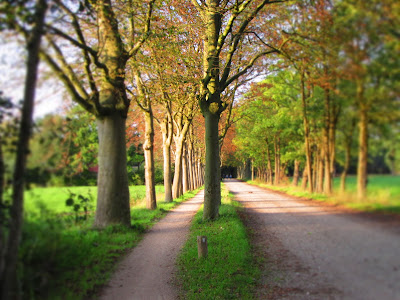 kp 64 - 65 - 67 - 71 - 70 - 84 - 60 -59
The first part of the tour—the eastern flank—has been underwhelming with lots of traffic. Now on my way to kp 59, I finally enter the forest, a nice packed sand trail, and here I am at a little desert, a sandy bowl dotted with heather and edged by hillocks with stubby pines, the ground littered with cones. The sun is still bright at around 5 pm. This is openbos, that is, not thick but sparse forest. I am at the edge of Amersfoort, and the traffic drone is now distant. 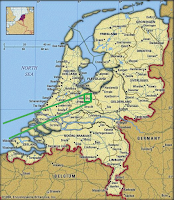 The change is abrupt—from roads full of traffic to woodlands populated only by the occasional dog walker or fietser. The trail is superb, rolling and winding over the hillocks, splashes of sunshine through the pines and oaks. It's a joyous ride. This is the Soestduinen. The trail goes through it, interrupted momentarily by the N413, winding sinuously, guarded by pines like posts. 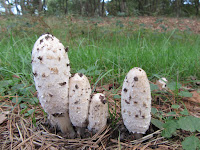 Here the trail straightens out, still traversing woods, and skirts the railroad, which is comforting in a different way, especially when the occasional train powers by. You go under a massive tunnel, which cuts below the eco-duct—from the guide, one of the few that people can walk across, making it a "recreo-duct." You can cycle over it too (to kp 26 via the Pijnenburg).

kp 8 - 95 - 96
Suddenly I hit the urbanization of Den Dolder, a busy place, but speed through it, pop over the N238 via a narrow bridge, then reach the woods again and a smattering of low buildings which according to the ANWB is a longstanding mental health facility, started in 1905 as the Willem Arntz Hoeve, today under the umbrella of the Altrecht health organization.
The Den Dolder funny farm seemed to sprawl, an agglomeration of little brick houses in the woods. I saw a few people, at the doors of houses or out strolling, who looked normal enough. Then going by a little field I noticed a black man by himself bellowing at the world. At the edge of the complex is the Princes Maxima stables. 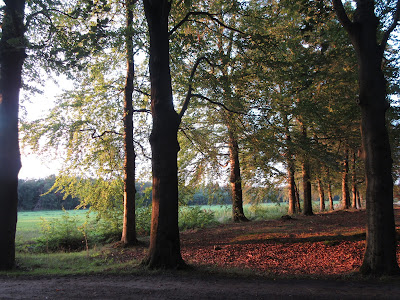 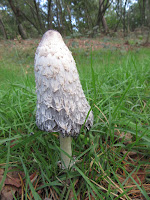 I hit some more traffic from Bilthoven to Maartensdijk, running alongside the N234, but soon returned to the woods, following a slender dirt path which then opened to flank a horse trail. Generally the fietspad was flanked by straight rows of trees like a grand boulevard. This went on for 10km or so, the woods here and there opening on sandy heath or cow-grazed meadows, through the Maartensdijkbos, then the Lage Vuursche, the place that Alice and I investigated once on a ride from Hilversum. The guide says it is one of the most visited forests in the Netherlands, though much of the way was mine alone.

Back at Baarn station, 8 pm, and there's a train direct to Muiderpoort at 8:08. I opted not to take the last bit to the renowned Groenveld castle but to head straight into Baarn, as the sun's gone down and I I've cycled enough—around 35km I guess—beyond the urbanization of Baarn/Soest, every bit a pleasure. What's so impressive is how after all this time I can select a random tour from the ANWB guide and it turns out to be a superb ride that I've never done before. It's always been there of course. It again proves I was right to move here.